Richard Fenton joined Ilitch Holdings in June 2000 as the Senior Director for Corporate Security, Safety, and Investigations and was promoted to Vice President of Corporate Security in 2005. Rick oversees/directs all corporate security and safety functions, venue security and safety, security systems, corporate loss prevention, investigations, and executive services across all of the Ilitch companies.

Prior to his work with Ilitch Holdings, Richard retired as the Executive Commander of the Wayne County Sheriff Department in May 2000 after more than 27 years of service. Rick also served as Police Chief/Commander at Detroit Metro and Willow Run Airports for seven years.

In addition to his lengthy law enforcement career, Rick has been part of the adjunct faculty at Eastern Michigan University for 18 years teaching in the Interdisciplinary Technology Department and School of Police Staff & Command. Additionally, he’s been a guest instructor at the Northwestern University Traffic Institute/School of Police Staff and Command as well as the FBI National Academy.

Rick is the Co-Founder of the innovative and successful Public Safety/Private Security Partnership, “LIGHTHOUSE PROGRAM.” The LIGHTHOUSE PROGRAM is a multifaceted Law Enforcement/Private Security program developed for the City of Detroit's Central Business District with the goal of enhancing the safety and security of this area for guests, patrons, employees and residents through cooperative and coordinated private/public partnerships of security and law enforcement entities serving the area.

Rick graduated from Wayne State University in 1974 with a Bachelor of Science Degree and earned his Master of Arts degree from Eastern Michigan University in 1978. He is also a graduate of the F.B.I. National Academy (NA) and the Northwestern University School of Police Staff and Command (SPSC). 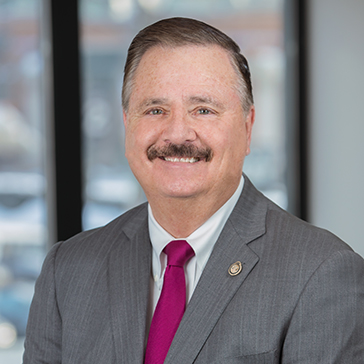